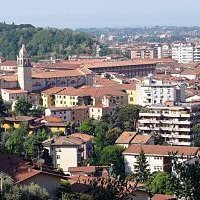 Massa, only a little more than 20km from Villa La Bianca, is a splendid city in the north-west of Tuscany, positioned at the mouth of the small Frigid river valley, about 5 km from the Tyrrhenian Sea. The city, famous as a seaside resort, has a rich history demonstrated by numerous churches and Renaissance buildings in its wonderful territory. Massa, which experienced its heyday as the headquarters of the Princes Cybo Malaspina, also retains a charming old town, ideal for a walk in search of monuments and interesting places.

Although damaged by bombing during the Second World War, Massa has interesting monuments, among which we highlight: the Malaspina Fortress, a magnificent medieval fort situated on a hill, which dominates the town center of the city of Massa; Ducal Palace, also named the Red Palace today is the headquarters of the Prefecture, was built between the XVI and XVII century and has a brightly colored facade overlooking piazza degli Aranci, and the Cathedral, the most important religious building of the town, which houses various works of art. Other places of interest are: Pietro Pellegrini Botanical Garden, located in Pian della Fioba, the diocesan Museum housed in the building of the Cadets and the Apuane ethnologic Museum.